FC 259 results, takeaways: Israel Adesanya proves to be human after all while Amanda Nunes may not be 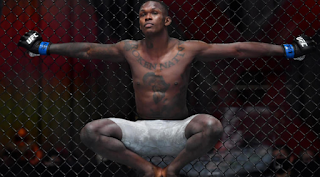 With a trio of world titles at stake and a loaded undercard, it was only natural there would be no shortage of takeaways following Saturday's UFC 259 in Las Vegas.

The pay-per-view card was wild from the start and never let up through a controversial title change and a dominant performance from the greatest female to ever enter the Octagon. All of that was before the main event even began as champion faced champion.

Let's take a closer look at what went down and what it means from the UFC Apex.

Given how dominant the reigning middleweight champion had been in just three years since making his UFC debut, it was hard not to back the oddsmakers in favoring him to add Jan Blachowicz's 205-pound title to his growing legacy. But Blachowicz's comments in the post-fight interview following his unanimous decision victory turned out to be surprising when he said Adesanya wasn't nearly as quick or powerful as he expected him to be. It's no knock on Adesanya in the end, especially after he fought so well before succumbing to the larger Blachowicz's timely takedowns in the championship rounds. "The Last Stylebender" also responded to the loss exceptionally well, giving all the credit to Blachowicz while also reminding us how much he was "daring to be great." Yet it was easy to fall victim to his bold ambition ahead of this fight and imagine whether he truly was on pace to shatter expectations and mirror what he once did as an elite kickboxer by moving as high as heavyweight while having the same success. Instead, any thoughts of Adesanya becoming the UFC's first three-division champion need to be shelved as he returns back to middleweight to continue his impressive reign. Huge success breeds even bigger expectations and that was certainly true of Adesanya. But this was undoubtedly a "coming back down to earth" moment.

2. Blachowicz deserves so much more respect

Allow me to out myself among those who have routinely bet against Blachowicz's chances amid his meteoric run to winning the vacant light heavyweight title. In fact, Blachowicz has been the betting underdog in 10 of his previous 12 fights entering his first title defense. Yet everything he did against Adesanya resembled the kind of veteran moves typically performed by long-reigning champions. Blachowicz used a heavy jab to offset Adesanya's speed and reach advantages, and he relied on his wrestling at key times during the final two rounds to sway potentially close rounds and do damage from top position. This was a gutsy win for the 38-year-old Blachowicz, who constantly made championship adjustments to keep Adesanya from completely dictating the terms of the fight. Was Blachowicz's win or the likelihood that he faces 41-year-old Glover Teixeira next the best result for UFC from a financial standpoint? No chance, but that should be the least of Blachowicz's worry. He has consistently improved with each fight during his current 9-1 run over his last 10 and won with guile, humility and poise. Make no mistake, Blachowicz is a true champion.

3. The only fight for Nunes remains Valentina Shevchenko

Let's face it, Amanda Nunes isn't just the women's G.O.A.T., she's making a strong run at inclusion in the same category regardless of gender. Her domination of Megan Anderson in Saturday's featherweight title defense proved scarily easy for the two-division champ who has sickening power and zero holes in her game. Shevchenko, the reigning women's flyweight champion, previously lost twice by close decision to Nunes at bantamweight, including a split decision in 2017 that could've gone either way. The fact that Shevchenko has only improved her standing as one of the best pound-for-pound women's fighters in history since moving down to her preferred weight of 125 pounds raises the interest as to how competitive a third fight might be. Outside of Shevchenko, no one else has a prayer. Nunes has long said she would take the trilogy if the UFC wanted. Here's to hoping they make it worth her while financially considering how deserving Nunes is of every accolade and dollar she receives.

Can't get enough boxing and MMA? Get the latest in the world of combat sports from two of the best in the business. Subscribe to Morning Kombat with Luke Thomas and Brian Campbell for the best analysis and in-depth news, including instant analysis of UFC 259 below.

4. Petr Yan has no one to blame but himself

That doesn't mean Aljamain Sterling should've exited UFC 259 as the bantamweight champion following Yan's disqualification loss for an illegal knee strike in Round 4. But regardless of the UFC's rules, Yan committed a horrendous and largely unforced error that isn't erased by Khabib Nurmagomedov having overheard Yan's corner at cageside instructing him to go forward with the strike against a downed opponent on his knees. Yan should've never taken such a dangerous chance to begin with and committed a rare mistake at such an inopportune time. Although Sterling's insane pace early on played a big role in this fight becoming a thriller, Yan was the getting better with each round and seemed close to gaining complete control over a fading Sterling. Instead, he loses the fight and his title in a manner of seconds. Considering he was ahead on two scorecards at the time of the stoppage, Yan deserves a second chance in a rematch. But this setback slows down the commercial effect of his rise and leaves no guarantee he wins a rematch given Sterling's level of talent in this incredibly deep division.

With Khabib Nurmagomedov in his corner, Makhachev delivered a performance so dominant in submitting Drew Dober in their lightweight clash that it was eerily similar to the kind typically turned in by the unbeaten champion. Given Nurmagomedov's likely retirement, the door could swing open for Makhachev to make a run at the top five and legit title contention. The victory was his seventh straight as he overcame a 17-month layoff with no ill effects by showcasing an insane motor that was only overshadowed by his wizardry control of all aspects of the grappling game. Amazingly enough, the native of Dagestan in Russia appears title ready right now.

Email ThisBlogThis!Share to TwitterShare to FacebookShare to Pinterest
Labels: News 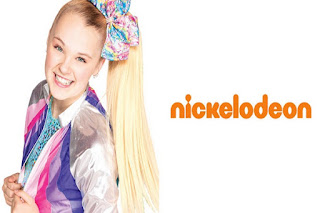 JoJo Siwa is set to star in and viewpoint fabricate The J Team, a rouse-appear in musical for Nickelodeon and studio Awesomeness. Cast plus includes Tisha Campbell-Martin (Martin, Empire), Laura Soltis (Hiccups), Julia Marley (Dead to Me), Kerrynton Jones (Little Fires Everywhere) and Kiara T. Romero (The Prom). Production begins this month in Vancouver, BC, Canada.

The film follows a teenager girl named JoJo (Siwa) whose life is turned upside down taking into consideration her beloved dance coach Val (Soltis) decides to retire and is replaced by a vigor-hating bookish named Poppy (Campbell-Martin). Wanting to stay in the meting out for an upcoming dance competition, JoJo and her best connections, The Rubies (Jones, Romero), must attempt their hardest to abide by Poppys accumulation, unexpected rules. Realizing she cannot conceal her enthusiasm or bow anymore, JoJo is kicked out of her dance troupe and must rediscover what dancing means to her.

The J Team is produced by Ron French (Five Star Christmas). Don Dunn (To All The Boys Ive Loved Before) is giving out producer.

An indigenous soundtrack timed to the general pardon of the movie will feature six appendage songs from Siwa and more.

Said Siwa, I am consequently eager taking place to be filming The J Team! It has consequently much singing and dancing! I cant wait for everyone to hear all of my supplementary music in the movie and way of bodily the great ending!

JoJo is a big share of our family and the immovable superstar garnish in crime to kick off our Nickelodeon and Awesomeness Films slate, another Studer. As we continue to sum our sentient-feint film studio matter, we cant wait to bring JoJo fans pass and auxiliary a special credit thats inspirational, aspirational and full of heart. There will be something for everyone in this film.

Siwa, a pop star and social media sensation has more than 12 million subscribers yet again than 3.5 billion views vis--vis YouTube, along like 10.4 million cronies in version to Instagram, on peak of 596,200 Twitter cronies, on summit of 31.9 million buddies upon TikTok, and well ahead than 696,000 cronies upon Facebook. She recently won her third Kids Choice Award for Favorite Social Music Star. Her music video for D.R.E.A.M. was released upon Siwas YouTube channel and to date has garnered later than again 131 million views.

FC 259 results, takeaways: Israel Adesanya proves to be human after all while Amanda Nunes may not be